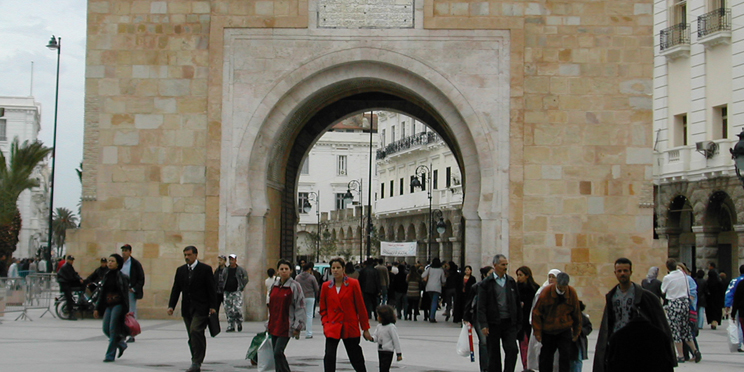 Fatima* had a burning desire to gain influence and see her society changed. As she continued to see injustices carried out against the marginalised in her North African country, that desire grew.

She found other like-minded people who were involved in politics, and in time they gained more power together than by fighting to be heard individually. She passionately threw herself into her work.

Learning to commit to Christ

But as she struggled to gain influence in society, there was also a struggle for Fatima’s soul.

Like Christians in the New Testament, Fatima was keen to be baptised soon after becoming a follower of Jesus. Although plans were made at church to baptise her that summer, the path to being baptised was not a smooth one for her.

There is a rising interest in the occult in North Africa, especially among young people. An old non-Christian friend heard about Fatima’s conversion and enticed her,

‘Before you do this crazy baptism thing, come and visit our group first.
Then you will see the power that we have access to.’

What a temptation for a woman who longed for power! But God had His hand on His beloved daughter, and Fatima declined her friend’s invitation.

Fatima persevered through the oppressive headaches which seemed to have a sinister spiritual source and only started after she declined the invitation to meddle in dark arts. She continued with the plans to get baptised that summer but didn’t feel she grew that much in her faith.

Four years later, there was a special meeting at church which changed everything and brought a new dynamic to her walk with God.

God initially grabbed her attention through the testimony of a believer sharing how he used to be a mess before Jesus turned his life completely around. In the prayer time afterwards, Fatima could feel the presence of the Holy Spirit and met Him in a personal and powerful way. She then poured out her heart to Father God.

‘I have never before cried in a prayer meeting, but found myself weeping before the Lord and confessing my sins out loud.’

Changing from the inside out

Fatima continues to be involved in politics, but now is seeking to use her opportunities to advance the Kingdom of God in her North African nation. She is known as someone who advocates on behalf of overlooked minorities, and the Father is honing and using Fatima’s desires to seek justice for the oppressed and other values of the Kingdom.

God initially grabbed her attention through the testimony of a believer sharing how he used to be a mess before Jesus turned his life completely around.

Rather than pursuing power or a political career, Fatima’s transformed life is now used to point others to the power and love of the King of kings. After all, Jesus had unlimited power and yet chose to humble Himself, taking the form of a servant, for our salvation (Philippians 2:5-11).

*NB. Names have been changed and library images used for security.

This article originally featured in awmlink, AWM’s free supporter magazine. Why not read the editorial and SIGN UP today to receive each new edition direct to your home every three months?