In Understanding Arabs, Dr Margaret Nydell gives us an introduction to the culture, people and countries of the Arab world. Although it has its flaws, this book could prove to be invaluable to someone looking to minister in this region, or even just to understand its people better.

Laying out the foundations

The author begins by setting the scene with the recent changes across the Arab world; this is the sixth edition, which addresses the situation up to 2018, including the Arab Spring and the rise of Islamic State. Rather than launching into a list of cultural “dos and don’ts”, she introduces the beliefs, values and assumptions that are the foundations of Arab culture. The short chapters cover topics such as Emotion and Logic, Men and Women, The Role of the Family, and Religion and Society. They are also broken into useful subheadings and bullet points which make them easy to follow. The book ends with concise guides to the countries of the Arab world and an appendix on the Arabic language. 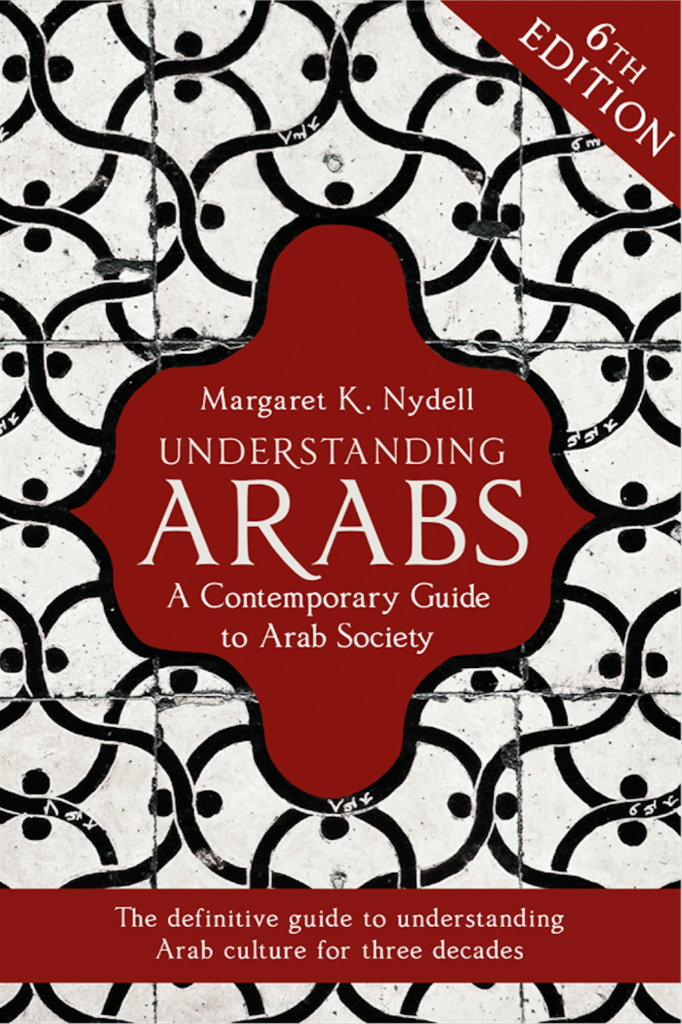 ‘…whatever you encounter, there are always reasons; no behaviour is random.’

‘The more you socialize and interact with Arabs, the sooner you will abandon your stereotyped impressions of them.’

One of the aims of this book is to challenge assumptions that we may have, particularly as western readers. This is reflected most strongly in chapters on Islamic Fundamentalism, Anti-Americanism, and Arabs and Muslims in the West, but is a running theme throughout. Nydell quotes regularly from Arab world sources, as well as including tables of statistics and survey results to show the attitudes of Arabs themselves: often giving a perspective that we may not have considered. Her tone is sympathetic and generous, not critical or cynical.

One of the downsides of this approach is that some sections can appear less balanced or nuanced, especially in the treatment of social attitudes and religion. There are, for example, some comparisons between Islam and Christianity that felt unnecessary or even contentious. Overall however, this was a useful counterbalance to some of the pervasive negative western perceptions of the Arab world.

Any reflection on culture is naturally going to involve many generalisations and we should always aim to treat people as individuals – with their own opinions, values and beliefs. Despite this, if you would like to gain a better understanding of why people of the Arab world think and act the way they do, this is a good place to start. May it be a springboard to deeper friendships and more fruitful conversations.