BLOG: Raising a baby in the Arab world

Whether you’ve just left education, or have recently retired, every stage of life has different opportunities and different challenges for cross-cultural mission. We spoke to Katie* about her experiences of raising a young child in the Arab world and how that affected ministry. 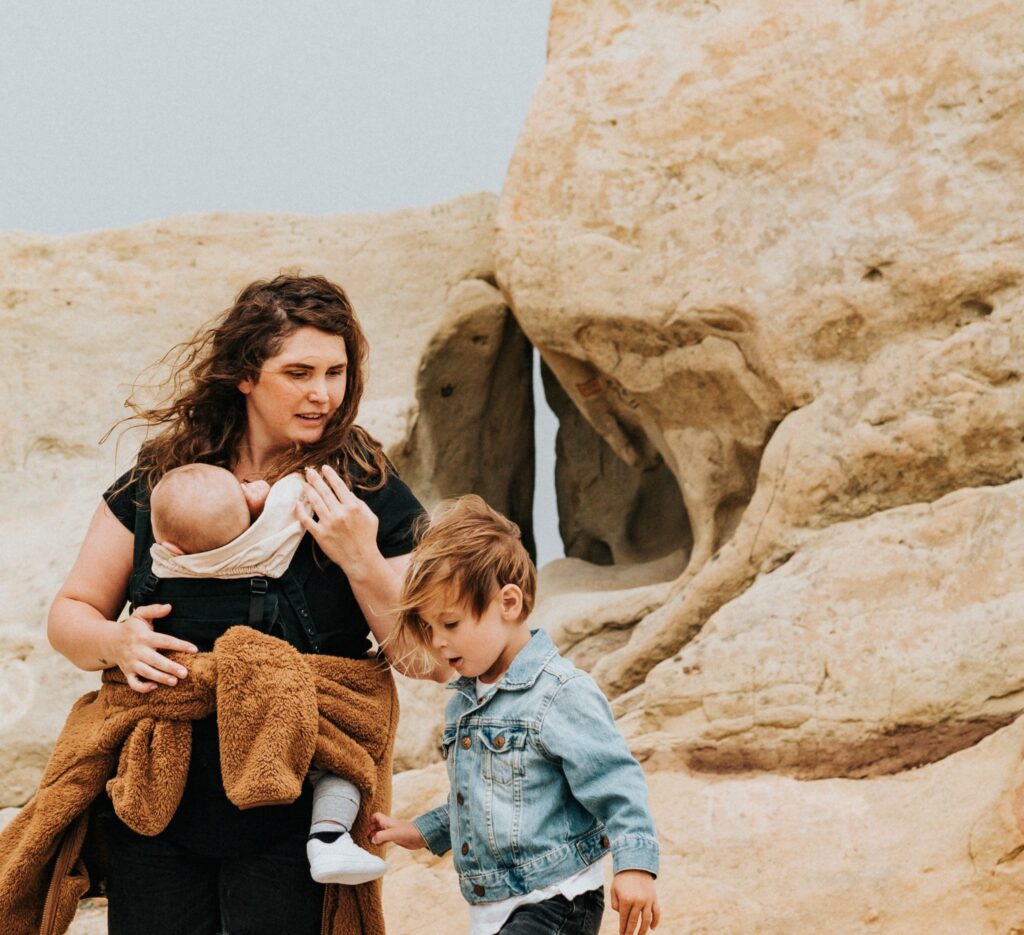 What were the big differences between life in the UK and life in the Arab world with a baby?

Our son, David, was born in the UK and returned to North Africa with us a few months later. We lived there until his third birthday when we returned to our home town and started work in ministry in the UK.

In the country we were in, everyone loves babies. I think in the West sometimes we worry when a baby is fussing or making a noise. There are some scenarios where you feel you must get a babysitter as a young child wouldn’t be welcome. But in other parts of the world, that’s just a normal part of life. As a mum, children come everywhere with you and other people always help you out. Everyone wants to kiss your baby and pinch their cheeks and pass them round the whole room for a greeting. Sometimes that was overwhelming but most of the time it was really helpful as people aren’t afraid to interact with your child and entertain them. Even in a restaurant the waiter would most often offer to hold our baby while we ate!

Our daily structure was very different to what you might expect. David’s little cousin in the UK was going to bed at 7pm, but our one-year-old was having a nap at 5pm so he could stay up until 11pm or 12pm and we could visit people in the evenings.

How did having a child affect ministry?

We’d been in our city for three years prior to David’s  birth so already had some friends and a fair grasp of the language. But having a little child to stroll around the park with just opened so many doors to amazing new friendships. I found that people are so much more likely to speak to you if you have a child. As a mum, it helped me to have better insights into the lives of most of the women I knew and understand their fears and priorities in life.

While having our son widened our net of friends and allowed an abundance of opportunities to sow gospel seeds, the difficulty was when we were trying to deepen those conversations. Having a wriggly, squirming ten-month-old who might knock over hot cups of mint tea was not always conducive to conversation! At each stage of his development and our family life we had to reassess how many visits we could make and what they might look like. For example, if we thought some significant conversations were happening, my husband would try to stay at home with our son so I could go alone.

Were there any difficulties?

Thankfully we had a really close-knit team, so although there were times we missed the support of grandparents, we did have wonderful people to rely on.

The biggest challenge is to know your and your child’s limits and boundaries and be content in what you decide. You’ll receive lots of advice and sometimes reprimands from locals about even things such as how many layers your baby should be wearing. You need to be able to let it go and not get irritated by that. The temptation to compare your family with other missionary families is also very common. Some toddlers will be more outgoing than others and seem to enjoy louder aspects of culture; some will pick up the local language sooner than others. That’s ok. We adapted to the time system of North Africa with our late nights, but other families chose not to and stuck to their more typical European bedtimes. But there were other things they did more similarly to locals where we chose not to. You have to enter into a new culture humbly and live as closely as you can with them, but still with the best interests of your child.

Our son has white-blond hair and blue eyes and we used to get stopped on the street so total strangers could get their picture taken with him. Apparently, some pregnant ladies even believed their baby would look like him if they looked at his photo enough!

How could supporters assist a family with a baby or little child?

Ask the parents questions and listen. Really listen to what their life is like and control the urge to tell them how things are done in the UK or what their child is missing out on. Help them think ahead to Home Assignment time and some fun experiences their little children could have then, but also appreciate the richness of the experiences they are having now.

Be aware that whilst having children opens doors for ministry, it does make balancing life more complicated. There will be ups and downs. Celebrate with them and pray for them.

Send gifts and cards at special occasions. Although we’re now back in the UK we know a couple of families who had planned for their children to be pen-pals with ours.

What would you say to a family considering mission with a little child?

Isaiah 40:11 is very significant to us: ‘He tends his flock like a shepherd: He gathers the lambs in his arms and carries them close to his heart; he gently leads those that have young.’ The Lord knows you and your children. He is able to care for each one of you.

There are many people who also care. Get to know other young families involved in mission and support one another. AWM-Pioneers seeks to care for their members and guide young families toward suitable resources and contacts so in a mission agency you’re never alone.

Parenting can be difficult anywhere, and living cross-culturally can complicate things. But there are so many positives. Our son already has a deeper understanding of the world, an interest in different places and people and has seen Christian love and faith lived out in the team we were part of.

BLOG: Juggling language, life and a little one
BLOG: Are you spiritually prepared?