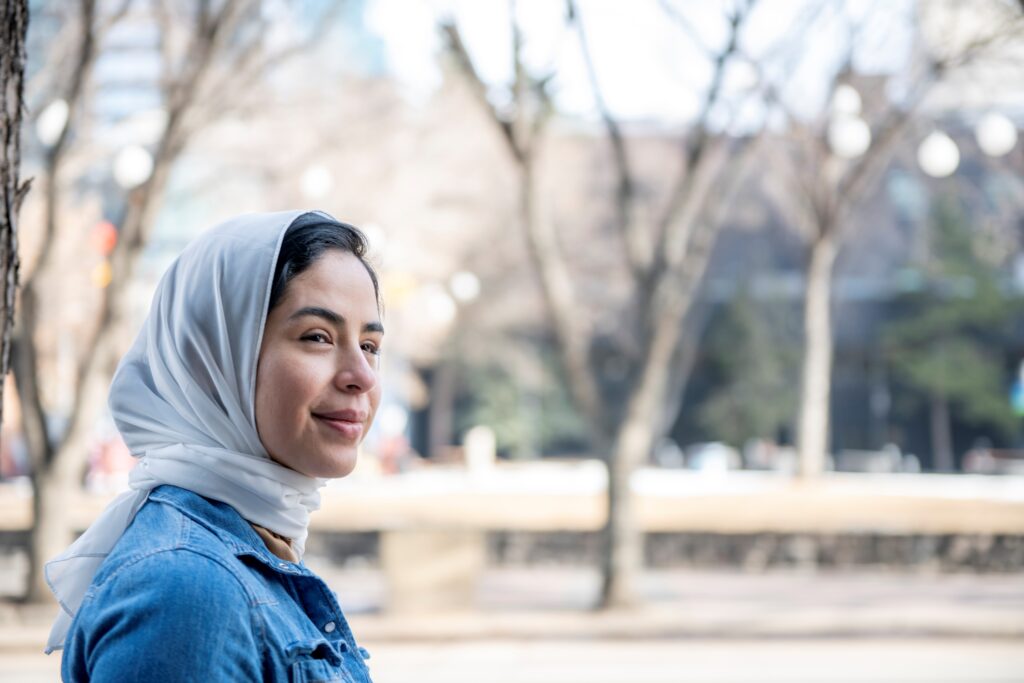 The angel went to her and said, ‘Greetings, you who are highly favoured! The Lord is with you.’ Luke 1:28

I love the account in Luke’s gospel when the angel Gabriel came to give the news to Mary that she was going to have a baby.

He starts with the words, ‘Oh favoured one.’ He took time to address her, a young woman, probably with little education, and not from a rich family. But she feared God. Mary was to be the mother of Jesus, the Son of the Most High God. It was such a huge announcement, but before he told her this life-changing news, he first greeted her with words that affirmed her favour in the sight of God. He was with her, whether she felt His presence or not.

Having worked among marginalised and vulnerable women of the Arab world for over twenty years, I have observed that women often consider themselves second-class citizens and unloved by God; a direct contrast to Mary who was considered ‘favoured.’

The words of Gabriel testify that the Lord was with Mary. Her path was not going to be an easy one, but the promise of God’s presence, even though she may not have always felt it, was to empower her in the challenging journey He had prepared her for.

How is God preparing you? May you know His nearness as He calls and guides you.

Read the second devotional in this series here.

See how you can support mission in the Arab world this Christmas here.

40% of Yemen’s population is under the age of 14. These children have lived at least half of their lives in a war zone.

Could you support the children of Yemen as they continue to face the realities of war?