Why don’t Christians believe in the Qur’an?

The fourth in a five-part series by Hicham*

A father who lived in the UK had a son studying at a university in the US. During his term break, the father wanted his son to come and attend a big family wedding in the UK. Since airline tickets are very expensive, the father decided to buy the tickets for him.

First, the father wrote a letter saying that he knew how expensive the tickets were so he would purchase the tickets and post them to his son. He instructed the son not to buy the tickets himself (he couldn’t afford it anyway!), but wait for his father’s correspondence. Then he sent him another letter saying that he was arranging the tickets and that they would be enclosed in the next letter. ‘Wait for that letter’, wrote the father, ‘and then use those tickets to come and see me.’ When the third letter arrived, the son opened it and found the promised tickets!

The son was happy and excited about his trip to the UK, but then saw another letter arrive in the post. This fourth letter was not written in the father’s handwriting, but had his name signed at the bottom. The letter told the son to throw away the tickets and instead to take flying lessons and build an airplane so he could fly to the UK and see his father. Now, what do you think the son should do? Should he throw away the first three letters and obey the fourth? 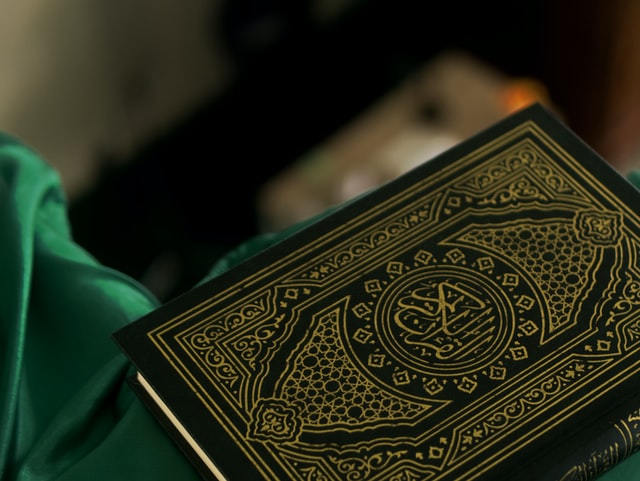 ‘But his Son became a human and died. So God made peace with you, and now he lets you stand in his presence as people who are holy and faultless and innocent.’

Our ticket has arrived

So it is with the followers of Jesus. The Tawrat (Torah), the Zabur (Psalms), the writings of the prophets and Injil (Gospel) are God’s letters to us. They all tell us that our sins stop us from having peace with God. We do not deserve to go to paradise. Left to ourselves we cannot purchase our way there. But God in his kindness promised to send us the ticket himself – the Saviour! All the prophets in the Old Testament, like Noah**, Abraham, Moses and David, reminded people of God’s great promise of a Saviour who would pay the penalty that our sins deserve. The Injil, God’s final letter, describes how God fulfilled that promise. The Saviour has come. The way to heaven is open. Like the son in our story, should Christians ignore all these precious letters from God, and look for a new one? Certainly not!

If the promised Saviour has come, why should we look for someone else? If I now know how my sins can be forgiven and the certainty of heaven, why should I look for someone else or another book? If Jesus is the centre of God’s plan to save sinners then we require nothing more. Just as The Lord of the Rings Trilogy doesn’t need a fourth book to complete it because the evil Sauron has been defeated, so we don’t need any new books or prophets after Jesus to reveal God to us. Jesus has conquered evil and Satan. On the cross he cried, “It is finished!”

* Hicham is a believer from a Muslim background, has studied Theology and Islamics and pastors a church in Europe. He’s the author of Your Questions Answered and provides online resources to help Muslims better understand Christ on his WEBSITE. His ministry also has a FACEBOOK page.

NB. This revised article was originally published in awmlink magazine and may be reproduced subject to EDITOR‘s approval and credit line. AWM is not responsible for the content of external sites linked to this article.

Others in the Hicham Series
YOUR BIBLE HAS CHANGED

HOW CAN GOD HAVE A SON?

CAN RELIGION GET ME TO HEAVEN?